Pretty Peggy-O is a song that has been tortured beyond all endurance by Bob Dylan and Simon & Garfunkel. I speak as a fan of both Dylan and S&G, and so take no pleasure in bashing them, but really, both versions are intolerable: Dylan’s Woody Guthrie-isms on his 1962 reading are laughable, when not actually painful. S&G’s is just undescribably wet.  The Grateful Dead‘s interpretation of the song is superior in every way.

The National’s take on the Dead’s take doesn’t reach the same place theirs did, but it’s very nice all the same. Matt Berninger’s doleful croon suits the song well, and I like the picking at the start and the fact that the band resists the urge to inflate the song with a backbeat drum part, keeping it to pattering brushes instead (those big held piano chords on the changes are a National cliché, though. I guess they couldn’t help themselves).

Garcia Counterpoint is a piece by Bryce Dessner based on a transcription of a Garcia solo, to which he then gives a Steve Reich treatment. My patience for Reich (and minimalism generally) being zero, my patience for this is zero also. On and on it goes, for eight minutes. Yawn.

Terrapin Station is not your usual Grateful Dead song: a tightly composed 16-minute suite with orchestra and choir, it’s as epic and prog as the band ever got. It was not a text that lent itself to deconstruction or extended improvisation, and so, while they did play it live, they didn’t often play it in full, and it lost more in live performance through the lack of a choir and orchestra than the band could put back in instrumentally through guitar and keyboard solos. To this day, it divides fans; some think it among the best things the group ever did, and others dismiss it as overproduced and fundamentally un-Dead-like.

A pretty huge ensemble (nearly 50 muscians) tackle the song for Day of the Dead: it’s credited to Daniel Rossen, Christopher Bear, the National, Josh Kaufman, Conrad Doucette, Sõ Percussion and the Brooklyn Youth Chorus. Terrapin Station is a big song, it flirts with pomposity in a way the Dead so rarely did, but I like it a lot, and I like this version, too; Rossen’s vocal is really good, the Dessners negotiate all the interlocking guitar parts perfectly and the ensemble drumming is great.

The key moment in Orchestra Baobab’s Clementine Jam comes when, having taken the opening of the track in waltz time (the Dead’s version is also waltz time, but OB make it super-explicit with a boom-tap-tap drum part), the band stop dead and recommence in 4/4, relocating the song from a delapidated San Francisco ballroom to a club in Dakar. The band’s playing is beautifully intricate, particularly the percussion in the 4/4 section, and the intimacy of the recording (compared to the big sound the National guys go for on most of the tracks) is a nice change. Definitely a keeper.

China Cat Sunflower/I Know You Rider. Stephen Malkmus & the Jicks. OK. Cards on the table: I hated Pavement. Hated hated hated them. Malkmus has always rubbed me the wrong way. I didn’t think he was funny. I didn’t think he was clever. All I heard was a band that couldn’t play worth a damn and that never had an interesting musical idea, and a songwriter and singer who couldn’t sing and who constructed a wall of abstract hipster bullshit around himself to make it appear like he didn’t care about anything or anyone. (There is an irony here: I’ve made several records with Yo Zushi, who’s a big Malkmus fan, and whose songs often have a Malkmus tinge. Yo’s are a lot better though.)

Of course, Malkmus stuck around in the longer term, so his commitment to indie rock can’t really be doubted, but old hates die hard and he’ll never be my guy. The sound of his voice just sets me on edge. So, I’m not in a good place to be objective about his band’s take on China Cat Sunflower. All I can say is this: it’s 10 minutes long, and I wish it wasn’t, it’s not got any of the lightness of touch I love in the Dead’s Europe ’72 version (or the Lyceum show from 26 May on the same tour) but I don’t hate it.

This is the Kit’s recording of Jack-a-Roe is lovely. Kate Stables’s voice is pure and beautiful, and the simple arrangement gives her voice (and whistling) space to shine. However, the recording does raise an interesting issue. Old folk songs were in the blood of the Grateful Dead, especially Jerry Garcia and Bob Weir, but even when they were playing these songs in an acoustic setting (say, on Reckoning) the band couldn’t help but expand the songs and take them to new places, even if that was just a function of Jerry’s endlessly inventive soloing. This is the Kit’s take on Jack-a-Roe, while very good, doesn’t respond to the song as the Dead played it; it’s simply a reading of the source material as filtered through Joan Baez’s famous 1963 live recording. For all its quality, it’s perhaps not quite in the spirit of the album.

Bill Callahan’s Easy Wind and Ira Kaplan’s Wharf Rat are fairly similar pieces – deep-voiced talk-singing, with lots of echoey atmospherics. I’m not sure how seriously Callahan takes Easy Wind; his phrasing at times sounds like a parody of a bad jazz singer. Leaching all the energy that Pigpen brought to the song is at least an idea, but I’m not sure it’s a successful one. I much prefer Kaplan’s Wharf Rat. Now, even compared to Callahan or Kurt Wagner, Kaplan couldn’t carry a tune in a bucket, but he approaches the song with a very winning sincerity, and the band’s patient performance is a lesson in restraint.

Lucinda Williams’s version of Going Down the Road Feeling Bad casts the song as a slow 6/8 country-soul ballad (the Dead usually did it in a brisk 4/4), which suits her cracked, aching voice perfectly; I’ve not been checking in with Williams much recently last, so the raggedness of her voice these days came as a bit of a shock.

It’s appropriate that Disc Three, so heavily touched by traditional folk music, ends with Sam Amidon’s And We Bid You Goodnight. It begins wistfully but soon builds, as more voices join in, to capture something of the same woozy celebratory feeling that the Dead imbued it with. 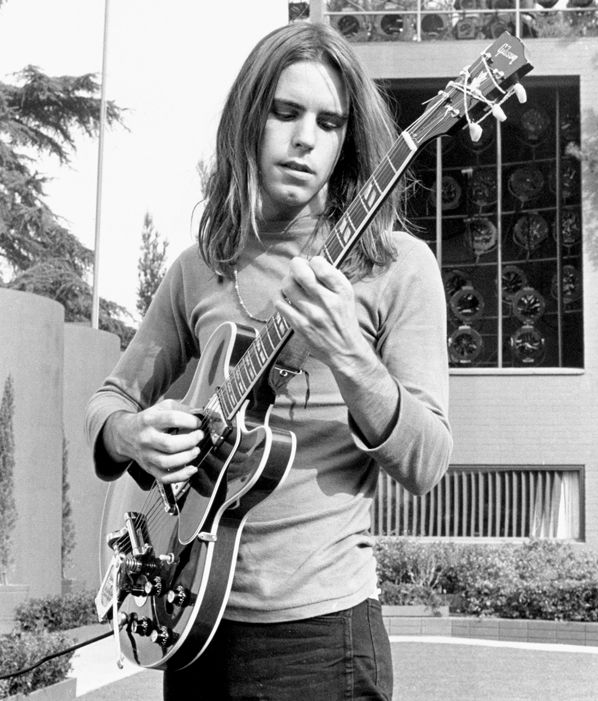 1 thought on “Day of the Dead, Disc Three – some thoughts”