Few figures in pop music are as polarising, with good reason, than Michael Jackson. I’m old enough to remember when Jackson was a much more unambiguous figure, a hero to millions of young pop fans, when the only controversy surrounding him was the ‘bad’, more streetwise, image he attempted to cultivate in 1987. Apparently he succeeded in convincing my primary-school teachers of his toughness, because a few of them came to believe around this time that he was not a good role model. But even for someone who can remember the place he held in Western pop culture before the Jordan Chandler story broke, it can be hard to listen to the music without everything else flooding in. Whether we even should, well, that’s a different matter.

While later Jackson hits seem positively haunted (“I am the damned. I am the dead. I am the agony inside a dying head” – a Cannibal Corpse lyric? No, it’s from Who Is It?, recorded and released before the Chandler story), you can still get a sense of what made Jackson the unassailable biggest star in the world by listening to his pre-Thriller music: the joy that’s perceptible in every bar of Rock With You and Don’t Stop Till You Get Enough; the warm humanism of Let Me Show You the Way to Go; the good-humoured triumphalism of Can You Feel It; the tenderness of One Day in Your Life.

One Day in Your Life hasn’t had the best critical reputation, with Robert Christgau the only major critic I’ve ever read who gave it much credit. Tom Ewing’s review on Popular was mixed, while Marcello Carlin savaged it (“unforgivably opts for sentimentality rather than genuine emotion”). Christgau, meanwhile, heard in it “a first-rate tearjerker that achieves just the right mix of autonomy and helpless innocence”, even as he expressed reservations about the general idea of a child singer being given a ballad to sing: “Because it’s possible to believe that their sincerity is neither feigned nor foolish, it’s good in theory for children to sing romantic ballads. The reason it doesn’t work is that the sincerity is so transparently manipulated from above.”

While sharing at least some of Carlin’s reservations about the arrangement (who thought the Ray Conniff backing vocals were a good idea?), I hear the same song Christgau does. OK, I’m a sucker for a ballad, and I love a good extended melody, and this is a record that knows the buttons it’s pressing when it presses them. What makes it a minor classic is Jackson. Even at his worst, Michael Jackson’s commitment to his material and his projects was total. It made him easy to mock, even before he became a big enough star for the world to notice and care about his alarming eccentricities, and it marked his recordings – for better or worse – all the way through his career. Whatever he was singing, self-composed or not, he went at it full tilt.

A more mature or detached singer might have found the sentiment of One Day in Your Life excessively sentimental or uncool, with more in common with Broadway than with Norman Whitfield, but the 16-year-old Jackson’s performance is engaged and therefore engaging. He soars his way through a difficult melody – a range of an octave and a half, to be negotiated both piano and forte as the dynamics of the song demand, a couple of unexpected changes (the shift to C#major7 under the word “face” in the first verse is sure to catch the unwary karaoke singer), a key change, ritardandos… Credit to the producers for getting him through it, for sure, but few are the 16-year-old aspiring pop singers with the technical facility to do it in the first place. Sure, you’ll have to make some allowances for One Day in Your Life, but the song stands as an early indication of how incandescently gifted its singer was. 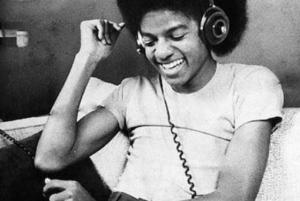