Before prosumer digital recording gear became available, a home recordist working in rock or pop was a lo-fi artist whether they wanted to be or not. Whether you were working with a Portastudio or some kind of reel-to-reel machine was only part of the story: compared to the folks doing it all themselves at home, an artist hiring a professional studio had access to better tape machines, better microphones, better-sounding rooms, better consoles, the recording know-how of trained audio engineers and the technical know-how of maintenance engineers. A home-recording rock musician looking to get close to what could be accomplished in a pro studio would need to be committed, prepared to lay out some pretty serious money and possess the patience to learn a lot of technical skills that are quite far removed from the ones needed to write and perform music. And even then, they could only get so close. No home recordist ever made Rumours or What’s Going On.

Jon Auer and Ken Stringfellow, the guitarists and co-lead vocalists of the Posies possessed the talent and tenacity needed to give it a go, and they had an advantage over their four-tracking peers in that Auer’s father had installed an eight-track home studio in his house (with a reel-to-reel eight-track machine, not a cassette-based one), which Auer and Stringfellow duly made use of to record their debut album as the Posies, Failure.

Between them, the two played all the instruments and handled all the engineering. My sense is that, since Auer was the principal engineer, the drum tracks and many of the bass performances are Stringfellow’s, although Auer is listed as contributing keyboards and bass as well as his usual guitar and vocals. Stringfellow’s work as an R.E.M. touring band member, during which time he handled piano, organ, bass, banjo and guitar certainly proves he’s an adept multi-instrumentalist, so it’s not a stretch to imagine he’d be a reasonable drummer too (and since I can’t imagine these guys ever got into analogue-domain editing of drums, which involves cutting the master tapes up and splicing them back together, he’d have needed to be). [See comments below for true credits, from a reliable source]

So Failure is an impressive achievement for a couple of guys barely out of their teens. But for all their skills and hard work, Failure doesn’t sound like a professionally recorded album, doesn’t have the richness, detail and texture that they created for their second album, Dear 23, which was recorded and mixed by John Leckie (who’s perhaps most famous for the Stone Roses’ debut, Radiohead’s The Bends and the first two Muse albums, but whose career stretches back to the early seventies, when he worked as a tape op on Plastic Ono Band and All Things Must Pass).

The sonic differences between the two records – Failure and Dear 23 – are stark. While I’d love to hear Dear 23 remixed a touch drier, it remains a fantastic-sounding record, shimmering and clear as a bell. In comparison, Failure is bass-light and skeletal. But Auer and Stringfellow undeniably caught a vibe on that record, and the immediacy of its best tracks makes Dear 23 sound a little considered, a little fussy. No track on Failure is more immediate than I May Hate You Sometimes, the song from that record with the most mainstream visibility (having been included on Children of Nuggets and used over the credits of a Daria TV movie).

While much more clean and professional-sounding than much of what is traditionally considered lo-fi, like all the best lo-fi material the strongest songs on Failure bust through the limitations imposed on them by the manner of their recording, and seem to be animated from within by the excitement and sense of fulfillment attained by their creators. It was not easy to do what Auer and Stringfellow did in 1988, and for that and much more they deserve far greater credit and recognition than they’ve ever received. 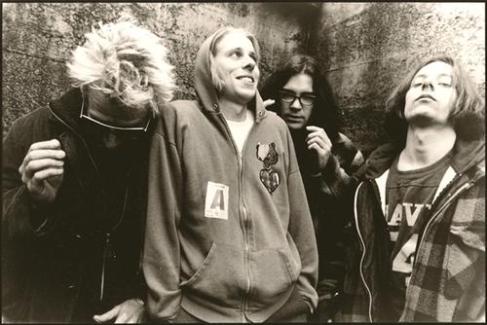