‘Nik [Venet, record prodcer],’ says Fred, ‘this is very short. And there’s no reason to stretch it, ’cause it says it, and you know…’

By the standards of Sessions (1967), the nearly 6-minute-long Merry Go Round is a short track. Fred Neil’s music had travelled a long way from the straightforward, very white, trad folk of Tear Down the Walls, the record he’d made in the early sixties with singing partner Vince Martin (in case that sounds dismissive, let me say quickly that it’s a record I greatly enjoy for the most part, and that Martin and Neil sounded wonderful together). Neil’s progress continued through Bleecker & McDougal, which felt its way towards folk-rock (with the presence of an electric lead guitarist), as well as back to jug-band music and the blues (John Sebastian’s harmonica playing, which is all over the album), and even down south of the border (Felix Pappalardi’s guitarrón). It was one of the three great Fred Neil records.

Better yet – maybe best of all, and certainly the one I’d recommend to anyone looking to hear him for the first time – was 1966’s Fred Neil, an album of full-on, deep-as-an-ocean folk-rock, from one of its finest writers (Everbody’s Talkin’, The Dolphins) and singers (his interpretations of Shake Sugaree, retitled I’ve Got a Secret, and Fare Thee Well, which is credited to Neil, but frankly, that’s bobbins). It’s a world away from what was brewing in a certain North London studio in 1966, but it’s one of that year’s finest records.

Its clipped discipline was succeeded by the extraordinarily loose Sessions. Which is an apt name. As an album, it doesn’t cohere: it’s just a bunch of songs, recorded at a bunch of sessions. But what songs, and what sessions! The extended, improvisatory nature of Sessions owed a greater debt to jazz than New York folk; Neil hung out with jazz musicians, and their influence on him was evident in his demeanour and his syncopated strumming style (Neil is one of the truly great rhythm guitarists). But exploring these musical territories suited Neil vocally, too. His baritone had always been at home with the blues and his willingness to explore a vocal melody seemed constrained by the confines of the strophic story song and continuous two-part harmony. Rejecting a linear, narrative approach to lyrics, instead beginning with a dark joke about not being able to find the back of a merry-go-round and then repurposing the lyrics to In the Pines (also known as Where Did you Sleep Last Night?, made famous to younger generations by Nirvana’s version during their MTV Unplugged performance), Neil is working at something dreamier, deeper, more allusive, than anything he had cut previously.

The album’s influence has percolated down through the years, as the great works have a tendency to: Sessions was a key record for Tim Buckley, as he made his journey away from the laughable earnestness of his early work to the far cooler jazz-folk of Happy/Sad and through to the experimental Lorca and Starsailor, and, being more widely heard than Fred Neil, Tim Buckley’s music passed the loose, risk-taking spirit and elongated song structures down to contemporary songwriters innumerable. 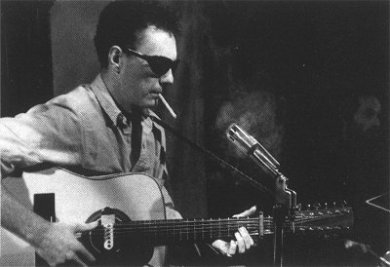