Disc Two begins with Kurt Vile & the Violators, with J Mascis from Dinosaur Jr, taking on Box of Rain. Vile goes for faithful recreation rather than reinvention, and mostly gets away with it. Rob Laakso on bass evidently knows Phil Lesh’s part inside out, but Kyle Spence on drums is disappointing, two- and four-ing his way through the song in perfunctory fashion, with hardly a fill as evidence of enthusiasm. Still, it’s a success, in no small part due to Mascis’s guitar and unmistakable backing vocals.

Rubin and Cherise, from Garcia solo record Cats under the Stars, is tackled by Bonnie Prince Billy, who does a great job with a long story song built on a tricky foundation. He sounds completely in control of and engaged by the material, and the band do an impressive job. A definite highlight. The Lone Bellow do the same workmanlike job on Me and My Uncle they did on Dire Wolf. Moses Sumney’s peppy reading of Cassidy with Jenny Lewis is very nice; he puts himself so much at the service of the song that the recording doesn’t give much of a hint of what his voice can do. Nevertheless, it’s nicely done and I admire his egoless performance.

Lucius, a 5-piece indie pop band from Brooklyn, have the unenviable task of covering Uncle John’s Band, one of the most beloved songs from one of the Dead’s most beloved albums. They make the song totally their own, basing it mainly around a synth bass and the two singers’ harmonies, before unexpectedly taking the song to the disco after the first chorus. It’s a brave reimagining, and one of my favourite things on any of the five discs.

Sonic Youth’s Lee Ranaldo was a Grateful Dead fan before it was cool, so it’s good he’s here. My only regret is that his 12-string take on Mountains of the Moon, from Aoxomoxoa, didn’t allow him a chance to go deep into Jerry territory on his Jazzmaster. At any road, by going back to the Dead’s most psychedelically creative period, it serves as an effective curtain-raiser for what follows.

The centrepiece of disc two is Dark Star by Cass McCombs and Joe Russo. It’s a fittingly chilly, spooky reading that segues into Nightfall of Diamonds – the traditional Dark Star jam, here titled after a lyric from the song’s chorus and played by the same musicians. If there are places where the project’s house band (sundry Devendorfs and Dessners in various combinations, supplemented by a few others) seem a bit conservative compared to the Dead, on Nightfall of Diamonds they play more primally and really channel the spirit of the band. Dark Star/Nightfall of Diamonds is one of the best things on the whole album.

Transitive Refraction Axis for John Oswald, a piece by Tim Hecker, may need a bit of explaining. John Oswald is a Canadian composer who developed a style he called plunderphonics:

A plunderphone is a recognizable sonic quote, using the actual sound of something familiar which has already been recorded. Whistling a bar of “Density 21.5” is a traditional musical quote. Taking Madonna singing “Like a Virgin” and rerecording it backwards or slower is plunderphonics, as long as you can reasonably recognize the source.

The plunderphonic style was designed to be mischievous, though it can be somewhat sinister, since the results are often so abstract and unlike pop music. In 1994, Phil Lesh contacted Oswald and asked him to apply plunderphonics to the Grateful Dead’s music. Oswald went into the Dead’s vaults, and began arranging and juxtaposing snippets from live performances of Dark Star from different concerts, different decades even, into two hour-long pieces of music: Transitive Axis and Mirror Ashes. The amazing thing about them is how Oswald dropped the prankster aspect of his work: although not a fan going into the project, he treats the group’s source material with respect, reverence even, and put together something that, amazingly, sounds like a plausible real time event for huge stretches.

If Oswald was a non-fan, Hecker is an avowed Dead sceptic; a hater, even. Transitive Refraction Axis for John Oswald is what it says it is – a piece of music made under the influence of and out of respect to John Oswald, rather than the Grateful Dead. It’s diverting enough, but it doesn’t seem to really belong here. It’s here because Hecker is friends with Bryce Dessner, and this was a way of allowing Hecker to be involved.

I had high hopes for TV on the Radio’s Tunde Adebimpe taking on Playing in the Band with Lee Ranaldo on guitar, and while it’s not quite what I hoped it would be, the jam section does have some really cool sheets of guitar noise at the back of the mix that I like a lot.

Brokedown Palace by the Arcade Fire’s Richard Reed Parry with Iowa-born singer-songwriter Little Scream and, more intriguingly, The Band’s multi-instrumentalist genius Garth Hudson illustrates what is for me the key problem with many of the less successful readings on Day of the Dead – the addiction to sonic bigness.

I’ve hammered away on this nail many times over the years and probably you’re all bored now, but modern production as subscribed to by the majority of contemporary bands (and the National are wholehearted followers of contemporary engineering and mixing fashion) squashes instruments flat, particularly drums, with heavy compression in order to make the mix as loud as possible. This means that when arrangements get dense, as Brokedown Palace does at the end, with all the extra voices, there’s nowhere for the music to go, in much the same way as if I stand with my face up against a window, and you push me from behind, there’s nowhere for my face to go – instead, my features distort. You can have a big sound or a big arrangement, but in the zero-sum game of digital audio, you can’t have both.

It’s a disappointing end to the disc, but about half of it is very good indeed. My picks from Disc Two: Dark Star/Nightfall of Diamonds, Uncle John’s Band, Rubin and Cherise, Box of Rain. 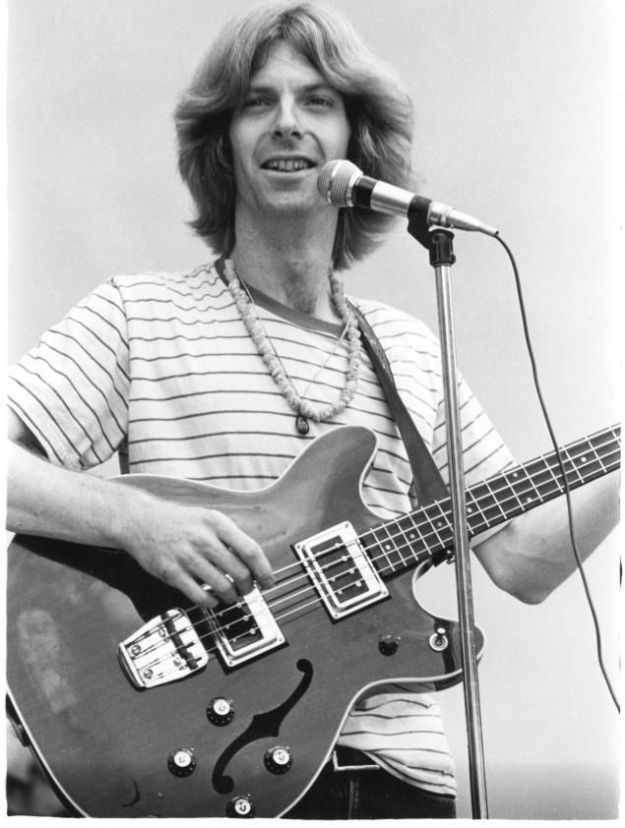 At some point, Phil Lesh stopped playing cool bass guitars. This one, though, this was cool