I’m looking at a stack of copies of James McKean’s new album, No Peace for the Wicked. I’ve got a dozen or so of them, shrink-wrapped, piled on my desk. This is a proud day.

If you’re a regular reader of this blog (and if you are, is this really what you wanted to be doing with your life?), you might have heard me mention James and this record before, most recently when he released the single I Long to Make Your Dreams Come True about a month ago.

James and I met at university, in 2000, in the kitchen (or maybe the corridor) of Goldsmid House. Now demolished to make way for a shiny new glass building on the corners of Oxford Street and North Audley Street*, opposite the big M&S on the corner, Goldsmid House was a concrete student hall owned by University College London, where James was taking law and I was reading English. We bonded over music, started having little jam sessions in each other’s rooms and one way or another have been been playing music together ever since. Back then it was every day or so, playing covers and each other’s songs on acoustic guitars**; nowadays it’s rarer, and more formal: gigs, rehearsals and recording sessions only.

James decided he wanted to make a solo album in, I guess, 2010 and we put it together over the course of a year. Where the River Runs Both Ways was the first record I ever engineered or produced, and it sounds like it, but we had a lot of fun doing it, and there was never much question about whether we’d do another. It was pretty much a given that we would.

Except in 2011, even before the launch gig for River, I’d started to feel just a little bit unwell. Heavy, tired, bloated. Over the next few months it got worse, until on 23 December, my 30th birthday, I was admitted to hospital and diagnosed with heart failure. Again, if I have any regular readers, please feel free to skip. You know this already.

It didn’t look great. Doctors were talking about an LVAD (an artificial pump for patients in end-stage heart failure) and a transplant, but they stabilised me, monitored my condition for a couple of weeks and sent me home to see how things would go before deciding whether to put me on the transplant list.

I had been told it was extremely unlikely I’d ever be well enough to work again, and that no one could tell whether my condition would improve or deteriorate. I just had to be patient while the doctors worked out how to treat me, and spend the time working out what I was going to do with the rest of my life, however long it lasted. I was, penniless, unemployed, living with my father, and with a heart condition that had damn near killed me.

I decided to keep making music. It was all I had, really.

I started writing songs again within a week of being discharged (angry and confused songs, as you can imagine), but even at that point I didn’t know whether I’d ever be well enough to play drums again. I just hoped I would be. The idea of not playing drums was particularly hard to contemplate as I lay in my hospital bed, and I’m not even really a drummer – guitar is my real instrument. Didn’t matter. I wanted to still be able to play the drums.

I don’t know whether it was James or me who suggested he come and stay for a couple of days to work on some new songs, to give me something to do. But he came down about a month after I was discharged, in February 2012. Throwing caution to the wind, I set the drums up, sat behind them and played. At that session we began Silver City Bound, No Peace I Find, an unreleased track called Noah’s Dove and Will Sunbeams Find You. No Peace was later re-recorded from scratch. I had to go back and redo the drum tracks for Silver City Bound and Sunbeams. But I’d sat behind a drum kit and played. OK, I played badly, and OK, just doing a few takes wiped me out, but it was such a huge victory for me to do that. It meant I still had the freedom to make music and record my own stuff the way I love to do, during days that would otherwise be long and purposeless.

So that’s how No Peace for the Wicked started. It took James and me four years to complete. In that time, just about everything in our lives has changed. But this record has been there all the time, waiting for us to haul it over the finish line.

It is, if I may say so myself, a terrific piece of work: James has a huge catalogue of really strong songs, but he chose the perfect ones to include on this the album and sequenced them incredibly well. It really feels like an album, in the old-fashioned sense: like Dark Side of the Moon is an album, like Rumours is an album. I had the pleasure to mix it all, and I got to play on most of the tracks, whether guitar, bass, drums, piano or organ (or sometimes all of them). James pulled together a fabulous team of musicians to play on the record and be part of our ever-expanding team of players for live shows: Kurt Hamilton on pedal steel; James’s brother Dan on guitar and bass; all of the South London band Hoatzin (Kit Jolliffe on drums, Colin Somervell on double bass, Jim Willis on guitar and violin); Noura Sanatian on violin; and Zoe Carassik-Lord and Hana Zushi-Rhodes on backing vocals. These people have done amazing things on these songs, as have Ben Zushi-Rhodes, who mastered the record at Metopolis Studios, and Jon Clayton, who recorded some of the basic tracks at One Cat.

On Sunday evening (27 March), we’ll officially launch the album at the Gladstone Arms in Borough, which has been our home base since before we started Where the River Runs Both Ways, but the album is already on Bandcamp and I urge you to buy it. It’ll be the best £7 you spend in a while.

I’ve had the good fortune to record a lot of very good songs with some very good musicians, but this record means something to me even the best of those don’t. This record is the soundtrack to my recovery, and I’m so thankful to James for letting me be a part of it. I’m so very proud of it. 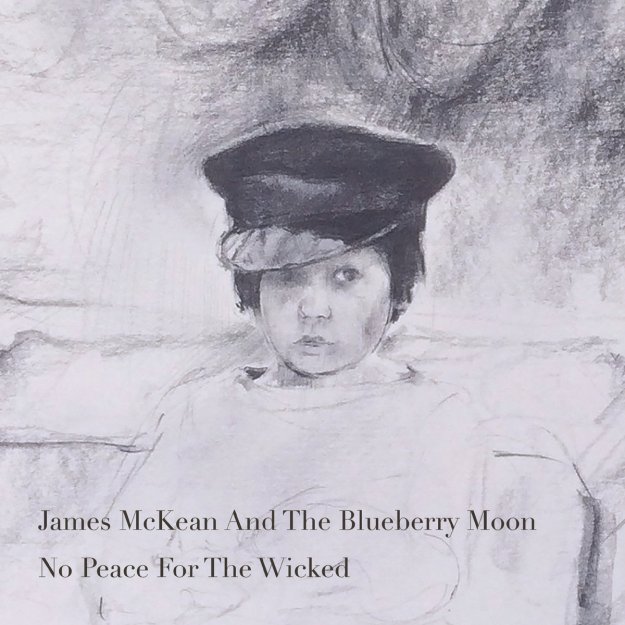 *Which means that, yes, I technically lived in Mayfair for a year. That’ll never happen again.
**James’s weapon of choice back then was the fondly recalled “dump guitar”, a battered old classical with a hole in it. Looked like Willie Nelson’s guitar. James actually did retrieve it from a municipal tip where he worked for a spell.