Mark Lanegan is an unnervingly intense guy who’s made a lot of excellent heavy rock music, with his former band the Screaming Trees, with the Queens of the Stone Age/Desert Sessions guys and with Greg Dulli as the Gutter Twins. But it’s the stream of low-key, spare, acoustic solo albums he’s recorded over the years – the ones that give his voice the space to shine that it never had when it was fighting to make itself heard over the wall of guitar constructed by Gary Lee Connor and Josh Homme – that tell you the most about him as a singer. It’s on these records that you hear Lanegan’s full range as a vocalist, the rough grain of his knotted baritone, the surprising ease with which he moves up into the tenor range. He’s got the requisite technical gifts, but over the years he developed the emotional range to become a fine interpretive singer and a spellbinding singer-songwriter.

One of the chief pleasures of a Lanegan solo record for long-time alternative rock fans like me is to read the sleevenotes and see who’s guesting with him this time. Ben Shepherd from Soundgarden? Bill Reiflin from Ministry (and KMFDM, and later, surprisingly, R.E.M.)? Chris Goss from the Masters of Reality? Mike Johnson from Dinosaur Jr? Hell, even Duff McKagan, the bassist from Guns N’ Roses? All these just from 2001’s Field Songs alone, from which our chosen song today, Pill Hill Serenade, is taken.

Pill Hill Serenade has an Al Green kind of vibe to it, and there’s even a little hint of Otis Redding in there: the chord sequence, the 12/8 guitar arpeggios, the organ. It’s clearly derived from soul music, and ultimately from church music. Al could have sung this in his sweet falsetto. Otis might have built the intensity till he was stomping and roaring with preacher-man fervour. But possibly neither could have sung it with the same quiet intensity and tenderness that Lanegan does. In a career not short of fine vocal performances (Field Songs on its own offers up the sepulchral gravel of One Way Street, the wailing blues lament of Fix, and the tender Kimiko’s Dream House), Pill Hill Serenade may be his finest moment as a singer.

The song is included on his 3-disc retrospective Has God Seen My Shadow? An Anthology 1988–2011, which if you’re interested in catching up on nearly 25 years of solo Lanegan, may be the place to start. Although starting at the beginning with the skeletal but riveting The Winding Sheet and working through is an equally good idea; Nirvana fans who aren’t familiar with his solo debut will be interested to hear a guest Kurt Cobain vocal on Down in the Dark and the version of Where Did You Sleep Last Night featuring Cobain on guitar and Krist Novoselic on bass*.

*In 1989 Cobain and Novoselic began playing heavy blues tunes with Lanegan and Screaming Trees drummer, leadbell Mark Pickerel, mining the Leadbelly catalogue for inspiration. Where Did You Sleep Last Night was from a Jury session at Reciprocal with Jack Endino recording. It ended up on Lanegan’s solo record once the band sputtered out. Ain’t It a Shame, with Cobain singing, came out on the Nirvana box set.

Let’s get right to the point. Let’s Stay Together by Al Green is one of the most glorious records in popular music. If you drew a Venn diagram of all the different kinds of soul music, from the roughest Southern cut to the most sophisticated and classy Philly soul ballad, Let’s Stay Together would be in the middle. It’s raw without being rough, sweet without being cloying, smooth without being bland. If you like deep soul with a small-band feel, the core of Let’s Stay Together is the rhythm section, organ and one guitar. If you like horns and strings, you’ve got them too: a couple of horns on the right, playing the iconic off-beat lick that opens the song, and a small string section on the left.

The guys who made Let’s Stay Together knew how to put together a hit record. The song was written by producer Willie Mitchell and drummer Al Jackson, Jr. Jackson still played on Hi Records sessions as a favour to Mitchell, even though he had enough work on his plate to keep him busy every day of every week, and it was he came up with the rolling beat that defines the song’s rhythmic feel. It was presumably played by him on traps kit and Howard Grimes (who was Green’s drummer when Jackson wasn’t around) on, I’d guess, congas. It’s one of the greatest drum tracks in pop music, instantly addictive and endless satisfying. Mitchell could have put that out with just Green’s vocal on top and it would have got to number one just the same.

But the record has so much else to offer, Green’s vocal being a key part of its charm. Green was somewhat unsure about singing softly and making such prominent use of falsetto. He’s grown up as a something of a shouter with bluesy, Otis Redding inflections. Mitchell coached him to tone it down, to speak softer and mean more. The result was a career-defining performance, and turned ‘Al Green’ into a sort of shorthand when describing male soul ballad singers.

There’s a sort of alchemy present in Let’s Stay Together: the warm and inviting instrument sounds; the sense of vocal power held in reserve; the extreme discipline of the musicians (listen to every instrument in turn: no one’s playing much). There’s a couple of dozen live versions of this song on YouTube if you want to spend an hour or so going through them. None of them is a patch on the studio version. It was a once in a lifetime moment for Green. And he didn’t know it at the time, fighting Mitchell over the song for days before finally giving in and recording it. Sometimes musicians are the worst judges of their own work. 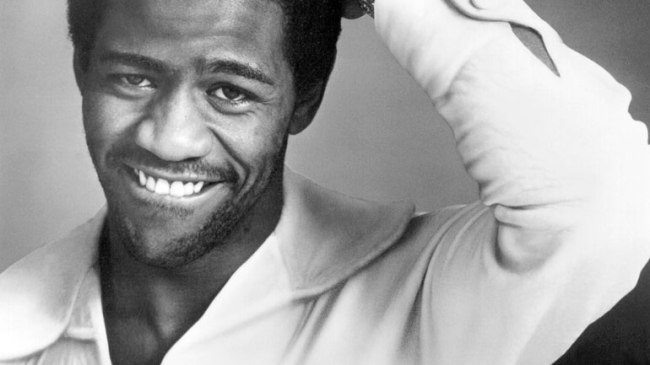