Ted Gioia’s Daily Beast jeremiad has generated a lot of eye rolling from a significant section of music fans and writers. That’s not unexpected. It’s pretty much deserved, too. If you’re going to call out the entire critical community for not doing the job of criticism, which is a serious accusation to level, define your terms and name some names. Rule number one of engaging with a piece of work is to do so on its own terms. So who are these publications and critics who should be talking about form and technique but aren’t? Why should they? Just because Gioia wants them to? Did they used to? Why did they stop? When?

It is true that lots of critics don’t talk about form, technique, structure, harmony, production. But many of the biggest names in popular music criticism never did (when did Christgau or Marcus ever talk chord progressions?). Others have engaged in more, shall we say, musicological criticism, and managed to do so for a non-specialist audience. Critics, like all music listeners, hear music in many different ways.

The internet shapes much of what goes on in the world of paid criticism, and the issue, if issue there be, here is what Chris Ott as identified as the churn: the demand placed on writers to fill a website structure every day, or every week (as Ott points out, the need to do this is ad sales-driven). Five movie reviews, 10 record reviews a 1000-word thinkpiece on something vaguely relevant to whatever story has been capturing attention in the last day or so, over and over. It takes a very special talent to say anything worthwhile about a record in 500 words when you’ve heard it just a few times, a half-dozen at most. Few critics do it well. Few ever did, truth be told. As publications are desperate to beat their rivals and get their review of a big new release up on their site before their rivals do, this problem is liable to get worse before it gets better.

But the internet gives tremendous space to writers that do have something to say, and there are loads of good writers out there with distinctive voices and opinions and ways of hearing music. Some of them are professionals, some former professionals, some strictly amateur. Not all of them are writing about contemporary music (many of my favourites – which include Chris O’Leary, Tom Ewing, Marcello Carlin, Maura Johnston, Nitsuh Abebe, Bob Stanley – write about older music mainly, allowing them time and perspective on what they’re talking about) and not all of them discuss form. But there are, as we have said, myriad ways to engage with music: you can link it to its context in chart history, as Ewing does; to broader trends in music in both pop and semi-pop contexts, as Stanley does so well; you can place it in the context of an artist’s body of work as O’Leary is doing with his retrospective of the entire David Bowie oeuvre (and it’s a truly magnificent achievement). Some can even, like Marcello Carlin and O’Leary, do all three while also being able to discuss harmony, melody, modulation, syncopation, production and any number of words that – whisper it – don’t mean much to non-trained, non-practicing musicians.

I’m well aware that most of the time I’m not writing for the broadest audience. I’m a musician myself so much of what interests me in music is at the level of form and technique. I tend to assume others might feel similarly. I try to explain specialist terms where I think it necessary, and I assume a knowledgeable, curious and intelligent audience. There are writers all over the internet doing the same, writing, analysing and criticising as well and as poorly as they always have done. I don’t know exactly who or what Mr Gioia was reading before he wrote his Daily Beast article, but if he doubts the vitality and usefulness of contemporary music criticism, perhaps he should read more widely. And more deeply. 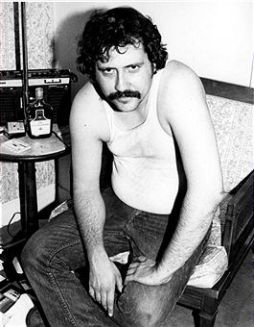