Not a fan of either contemporary indie or the Grateful Dead? This series of posts may not be for you.

This week I’ve mainly been spending my time (or at least my music-listening time) on Day of the Dead, a 5-CD compilation of contemporary artists playing music by the Grateful Dead, organised and produced by Bryce and Aaron Dessner from the National in aid of the Red Hot Organisation, a charity that raises money and awareness to fight HIV/AIDS.

The Grateful Dead’s approach to music was wholly unlike that of most other rock bands. Sure, they could do brief and straightforward takes on their songs live in concert, but the idea that they’d go on stage and do every song exactly the way that it was on record (or almost the same but with a slightly longer solo) was anathema to them. Songs were simply vehicles for the guys to be what they were: a major nexus of American music, connecting folk, blues, country, bluegrass, rock ‘n’ roll, jazz and the contemporary avant garde. Their songs are hugely malleable, so the fun of a compilation like this is in seeing how all the artists involved approach the project (and guessing who are the deep fans and who’s in it for the prestige and PR).

Things get off to a strong start with the War on Drugs’s take on Touch of Grey, the Dead’s big MTV-era hit. Musically, Adam Granduciel ups the tempo by a couple of bpm and goes for that mix of mechanised-sounding live drums topped by exploratory guitar that will feel instantly familiar to anyone who connected with Under the Pressure or Disappearing from 2014’s Lost in the Dream. It’s great, and the song’s a fine vehicle for Granduciel’s signature sound, but that doesn’t stop his vocal impression of Bob Dylan being absurd.

Jim James plays Candyman straight, with a pretty evident love for the material. He transforms Garcia’s pedal steel solo into a heavily modulated fuzzathon, and sings the choruses with an audible grin. As ever, though, I could do without the omnipresent reverb haze he, along with so many bands, feels compelled to shroud his music in. I’ll never get what some people like so much about reverb.

Black Muddy River is a song from In the Dark, the same mid-1980s album that gave us Touch of Grey. On Day of the Dead, Bruce Hornsby (who played more than 100 shows with the Dead between 1988 and 1995, maintained a close musical connection with the surviving members after Garcia’s death and was part of the band when they did their farewell shows at Soldier Field in 2015) tackles the song with a specially reformed DeYarmond Edison, the group that split into Bon Iver, Megafaun and Field Report. Hornsby and (I assume) Justin Vernon sing the song beautifully, and the musicians (Hornsby most of all) play with a moving commitment and reverence. No one else involved in the record sounds as thrilled to be there and as determined to do right by the material.

Phosphorescent’s take on Sugaree, with a guesting Jenny Lewis, and the Lone Bellow’s Dire Wolf are both fine, but they both lack a little of the sly humour that is always inherent in Garcia’s delivery (a verse like “When I awoke the Dire Wolf, 600 pounds of sin, was standing at my window. All I said was ‘Come on in, But don’t murder me'” is darkly hilarious when Garcia sings it).

Morning Dew by the National sounds exactly like you’d expect. Matt Berninger’s doleful baritone is a good fit for such a bleak song. Courtney Barnett’s New Speedway Boogie has been overpraised, I think. The decision to recast half of the song in a minor key changes the melody and harmonies in a way that weakens it, though I’m sure the guys would salute the attempt to put a new spin on the song. More problematically, Barnett’s deadpan vocal takes all the fun out of the thing.

Ed Droste from Grizzly Bear does a good job with Loser, a hard song to get a handle on. Robert Hunter’s lyric is one of his most cynical and violent, and if a singer doesn’t commit to it, they’ll sound like a little boy playing at being a tough guy. Droste sings the song on the cusp of falsetto, yet I never doubt him. (That said, the song is called Loser, the implication being that for all his protestations, the guy has every chance of losing this time).

Anohni’s Black Peter, turned into orchestrated chamber music and given a typically tremulous reading, is weighed down by its own solemnity (again, the gallows humour of Garcia is missed), while Perfume Genius does an Art Garfunkel impression on To Lay Me Down. It’s as if he heard the title, asked himself where he’d heard the phrase “Lay Me Down” before, then decided to give the song the full Bridge Over Troubled Water treatment. As with Sugaree, the big-name backing singer, in this case Sharon Van Etten, doesn’t get to sing a verse. It probably would have improved matters.

Still, being as fair as I can, neither are big misses, and neither anger me. The big miss is of course Mumford & Sons’ horrific take on Friend of the Devil. Now, I wanted to like it. Honestly. I’d have been thrilled to like it, to have my preconceptions about Mumford challenged, maybe even overturned. Perhaps hearing them take on a beloved Grateful Dead song would allow me a way into their music? But no, it’s as awful as anything else they’ve ever done. I’m sure their presence sold a few more copies, and the money is going to charity, so I’m guessing that’s why they’re there. It can’t be because the Dessners like them. No one with working ears ever could.

So that’s Disc One. My picks are Black Muddy River, Touch of Grey, Loser and Candyman.

Back soon with Disc Two, where things get weird. 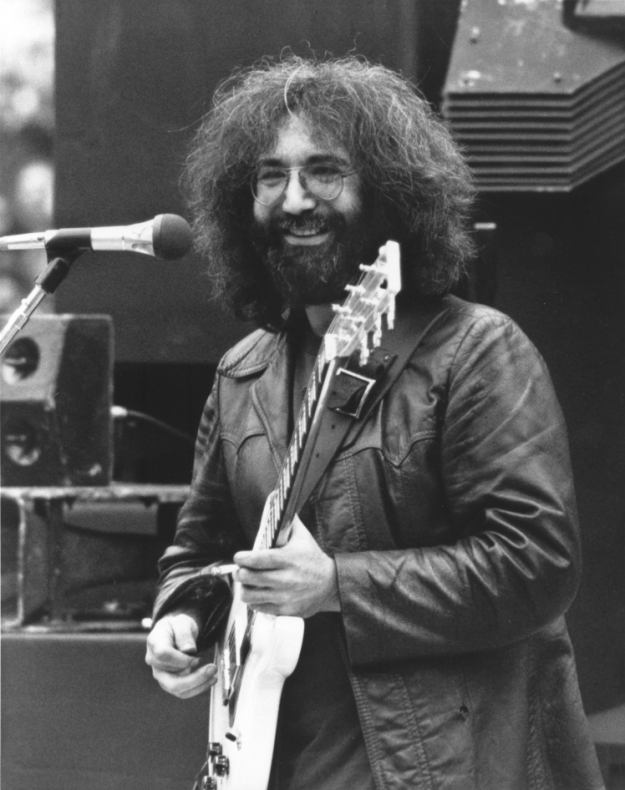 Jerry. Was he the greatest guitar player of his era? Very possibly.